It Is The Small Things That I Love The Most

Have you ever seen something so beautiful it literally made you stop breathing for a moment? Something SO captivating you found yourself in a completely different world in utter amazement?

I am by no means an insect lover, they all have their place as do I and being in love with the outdoors makes them a big part of my life, but there are a few small creatures that I don't mind to have land on me while floating down the river, or sitting among the trees. Butterflies and Dragonflies. They don't take anything from you, cause itching or swelling because of their vicious little bite, suck your blood or infest your garden. They, to me, seem to give more than they receive in multiple ways, however the one I most appreciate is the soft silence they offer, the intense color they portray and the seemingly effortless flight that keeps them just on top of the water without touching or landing as if they are not even there.

I saw a dragonfly today that I have never seen before. I do see a lot of dragonflys- i spend a lot of time around the water and therefore enjoy these creatures quite often and marvel at their existence. This particular day though has been one of indescribable anguish, pain, sadness, and pure frustration that even the rain isn't washing away.

I have to admit that while questioning so much of the universal existence of sociology I would rather stare at a bug on any given day!

Like a helicopter, which I am positive I was told (or I made it up and believed it to be true) was actually designed from the dragonfly originally due to it's mobility.....the dragon fly has huge eyes, or...a million tiny eyes making up one, it is the larger part of this insect. I have a problem even calling them insects they are THAT pretty to me. This one though, bright green eyes with blue dots, a very long body tapered at the end it slowly transformed from a florescent green at the neck, to the most beautiful teal, blue and then nearly purple tip of it's tail. In my life I've never seen one those colors. It hovered there, directly in my face then moving away to the side and returning back only feet from my face as if it were peering back at me in the same "is this real" moment.

Mentally dancing with a dragonfly- I have officially become a dreamer beyond my wildest imagination!

I hope this crisp, damn and rather monotone gloomy looking day be warm, happy and beautiful through your window! Cheers.
Posted by Thirtysomething at Thursday, September 09, 2010 2 comments:

Labels: beauty, breathtaking moments in life, green and blue dragon fly, helicopters, insects, it is the small things that open our eyes so wide, lost in the moment

The Changing of the Seasons Approaches 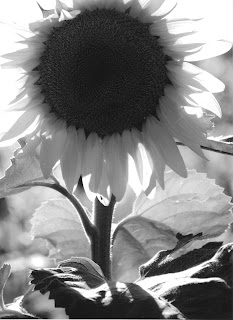 Someone recently opened my eyes to the morning 'blue', the moment just before the sun comes up when the sky is a deep color of blue that seems different than any other color of blue I have yet to see. It doesn't last very long, if you're not really looking, you will miss it in a blink. Tonight, the sky is black. The clouds, moving swiftly to the north are lite up bright white from the city lights just out of my site. Watching them gives me the rush of emotion similar to that of brush strokes on canvas or watching an artist in their trade put their heart and soul into a masterpiece.

To the south, the storm lights up with a fierce rumble, enough to cause chills down my spine and the mixture of warm and cool dance around one another almost blissfully. Fall is here here again.... the morning chill and soft dew, sultry afternoons of humidity followed by thunderstorms that urge you to stay in bed, comfortable and relaxed.

This is is one of my favorite seasons... honestly the only one I don't particularly like is Winter, alas... here I am trying to prepare myself emotionally for the coming days of drab grey skies and layer upon layer of clothing. I don't like the constraints of winter. NO sitting in the sun with your eyes closed absorbing the energy of the heat or the smell of wild flowers on back roads...only crisp fresh air that even though feels nice, in turns burns my chest almost to the point of irritability. Another constraint..limited outdoor activity - some of them. Nothing makes me feel more in tune with nature than a good hike on a sunny cool day in mid winter just after a snow when the sun reflection makes the day seem warmer and more welcoming- these are the days I find myself captured inside the lens of a camera miles away from reality and loving every minute of it. I can only hope time allows some much over due connection with the essence of nature that I so miss.

The rain is here- softly whispering through the trees as the leaves begin to show signs of the first color change. It always begins at the tip of the leaves as a bright yellow... signs of the true color soon to come.

To all my readers who I have lost touch with (sadly i lost a few followers) I apologize for my absence and hope to share the changing of the season with you as i have for the past two years - Cheers my friends.
Posted by Thirtysomething at Wednesday, September 08, 2010 1 comment:

Check out my photo gallery!!!!

People Who Make Me Laugh